Tanned toned bombshell Jessa Rhodes is in the shower soaping up her incredible enhanced breasts and her big hard nipples. Turning her attention to her shapely big ass, Jessa makes sure to cover every inch of her body with the sudsy water and to follow it up with her palms. When she has had a chance to dry off, her boyfriend Tony makes his presence known where he has been watching her the whole time. Turning around so the miniskirt formed by the towel rides up, Jessa flirts with her boyfriend before dropping the pretense and presenting her firm ass to be squeezed and shaped by masculine palms. After her tits get the same big hand treatment from Tony, Jessa lifts one thigh so he can slide those magic fingers down towards her landing strip fuck hole. His fingers slide in easily, plumbing her greedy cooch as she’s all smiles. Licking her own slippery musk from Tony’s fingers gives Jessa all kinds of naughty ideas when it comes to using her puffy lip mouth, so she drops to her knees and starts sucking with long pulls that leave Tony hard as a rock and ready to fuck.Jessa is down to bang, climbing onto Tony’s lap and sliding him home into her cock hungry twat. Her pussy pulses as she rocks her hips, riding cowgirl so Tony can admire the way her massive tits jiggle, then turning around so he can watch that ass in action as she does all the work. Climbing off her favorite toy, Jessica pushes her knockers together and leans in for a titty fuck.Rolling onto her back so her boyfriend can truly satisfy her, Jessa talks dirty while her pussy is pounded. Her fuck hole is gaping with delight as Tony bangs her with his fuck stick, then switches to using his hand to fondle her clit and anus at the same time. Rolling onto her hands and knees for a doggy style coupling that leaves her sated, Jessa makes sure she gets all the pleasure her hot bod craves before going back to work sucking Tony off until he fills her mouth with cum that she can play with. 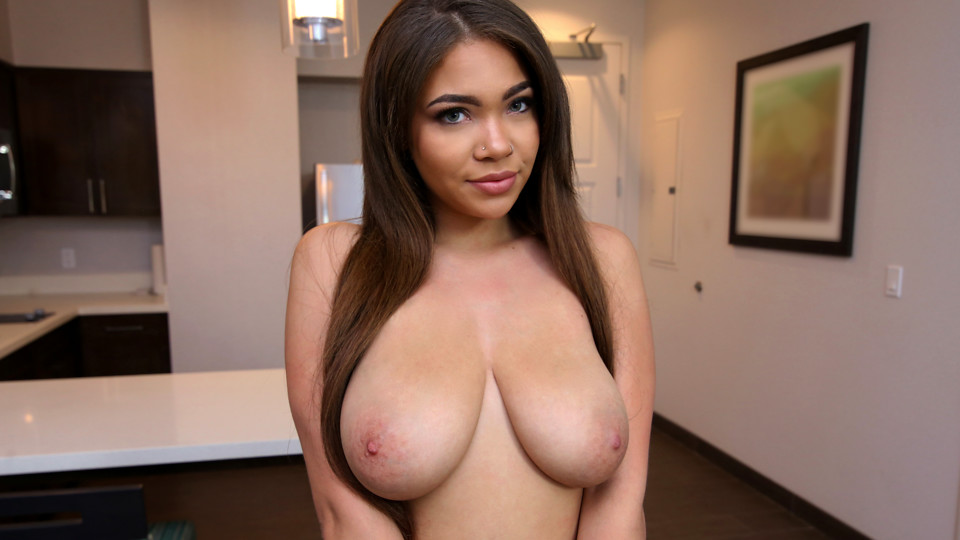