Chloe Cherry and Sophia Lux teamed up to seduce their stepdad Charles Dera for Father’s Day. Chloe starts the party by masturbating loudly in her room with a big fat dildo shoved balls deep in her hairy pussy. When Charles finally goes to see what the commotion is, he reprimands Chloe for being immodest. Chloe has her daddy right where she wants him, so she pulls out a Father’s Day card to butter Charles up and then goes in for a hug where she feels that his dick is nice and hard. Charles doesn’t like Chloe making a move on him so he bends her over and spanks her.The commotion draws Sophia’s attention. She’s jealous of Chloe and doesn’t want to be left out of the fun, so she masturbates loudly while having phone sex in the living room to entice her dad to spank her, too. Charles delivers on Sophia’s wished-for spanking and then grounds his stepdaughter. She and Chloe join forces at that point to make a plan that will get the D for both of them. They wait until Charles is taking a nap on the couch, then lift up the blanket he’s sleeping under so they can start sucking and fondling Charles’s dick. When Charles wakes up, he tells the girls that if they want to behave like nasty little sluts then he’ll treat them that way!Once they’ve been told to peel off their clothes, Chloe and Sophia obey daddy and line up side by side on the couch so he can fuck them both doggy style. Then they roll over so Charles can bang Sophia while Chloe masturbates beside her sister. The girls take turns riding their dad, first in cowgirl and then reverse cowgirl. Then they finish Charles off with a dual blowjob that leaves them both happily licking the results of a BJ well sucked off their facees. 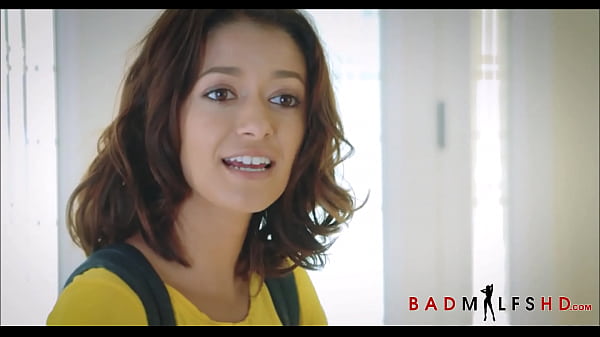