Tiffany Watson has been hearing rumors about her stepbrother’s dick at school. When she gets the opportunity to ask Peter Skeeter to see his hardon, Tiffany takes the opportunity. Cornering him in the laundry room, she demands to see the goods. When Peter says no, she whips out her landing strip pussy to try to entice him.When Peter’s dad John Strong walks by and sees his stepdaughter pawing at his son, he separates the two kids. John knows he has to discipline his stepdaughter. He pulls her shorts down to spank her bottom, but once Tiffany figures out that they both like the spankings. Urging Tiffany to her knees, John pulls out his hard dick for Tiffany to suck so she can take care of her stepdaddy. Peter isn’t happy about it, but John insists that his son watch him fuck his stepsister as punishment for his part in her bad behavior.Bending Tiffany over the washing machine, John takes his stepdaughter from behind to the tune of her delighted moans. Then Tiffany jumps on the washing machine, which puts her at just the right height to take a wild pussy pounding from her stepdad. Rising to her feet, Tiffany groans with delight as John fucks her while they both stand up. Once Tiffany has been well-satisfied, John tells her to get down on her knees and suck him off until he cums on her tits. Having taken her punishment like a good girl, Tiffany finds herself once again in her stepdad’s good graces. 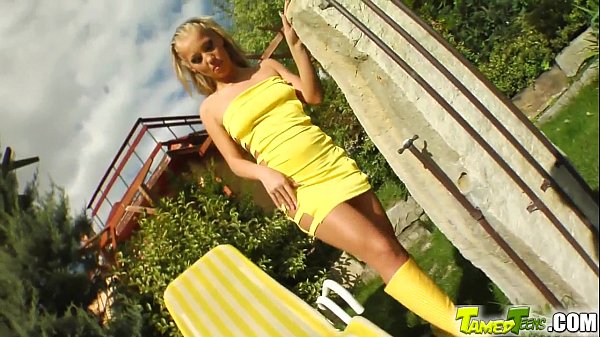