Bigtit babe Clary is waiting for her boyfriend Oliver Trunk to get off the phone and join her for a romantic dinner. Dressed in a bra and panties, she sips her water and stares at Oliver while hoping he’ll get the hint. When that doesn’t work, she makes her way to the couch where she can release her knockers from her bra to dangle over Oliver’s mouth.Kissing and sucking at Clary’s nipples is a natural thing for Oliver to do as he finally puts the phone away. His busty girlfriend takes advantage of his attention whiles she has it, slowly popping her boobs free and discarding her bra along with her underwear. When Oliver lets his big dick spring from his jeans, Clary can’t keep her hands to herself! Oliver is also interested in sharing as he leans in to suckle Clary’s nipples and deliver an openmouthed suckle to her tits as she strokes him off.Leaning forward to wrap her hot little lips around Oliver’s hardon, Clary starts bobbing her head. Her position makes it easy for Oliver to fondle her massive jugs while thumbing her nipples to total hardness. His hand gradually creeps lower, settling between Clary’s thighs and fondling her clit so that her pussy juices flow free.When Oliver gets to his feet, Clary knows just what her boyfriend wants. She sinks to her knees before him so she can stare up the line of his body as she keeps blowing him. Only when he’s satisfied with his BJ does he sit back down on the couch so Clary can sit in his lap and mount his fuck stick.Clary’s tit-bouncing stiffie ride is just what Oliver needs to whet his appetite, but to really satisfy himself he needs something deeper and harder. When he urges Clary onto her hands and knees, the buxom babe goes willingly. The room is filled with the breathy sound of her moans as Oliver enters her from behind, shoving his big dick deep until she’s stuffed with cock.Their doggy style romp is just what Clary needs to reach her first climax, but there’s so much more pleasure ahead of this fair-skinned hottie. Oliver lays down on the couch so Clary can once again enjoy a stiffie ride. This time she faces him, leaning forward to drape her tits over his face so he can devour them with his willing mouth.Laying no her side with one thigh held high, Clary gasps with delight as Oliver spoons with her and enters her from behind. This position lets Oliver give Clary the hard and fast treatment her bare fuck hole craves. As she explodes in passion one last time, Oliver covers her tender boobs with his big hands and massages them in time with the quaking of her body.Clary may have enjoyed multiples, but she hasn’t yet gotten Oliver off. She’s eager to drop to her knees once again and lick her own musk from Oliver’s ramrod. Then she presses her pillows together for a titty fuck that transcends Oliver’s control. He explodes all over her chin and bosom, covering Clary in his love and letting her know his attention is all hers. 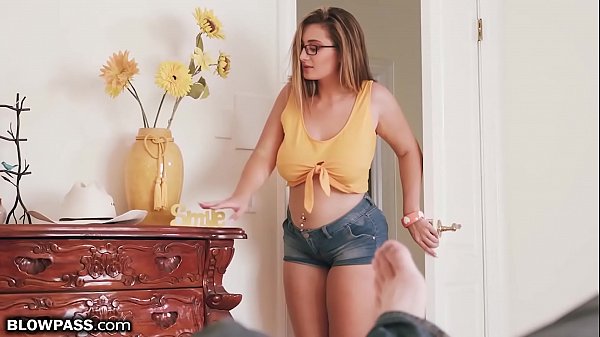